Brazil is the largest economy in Latin America, the second in America, after the United States only and the 6th largest economy in the world. These data refers both nominally and in purchasing power parity, according to the International Monetary Fund and the World Bank. The country has a mixed economy with large natural resources. The GDP (PPP) per capita today is $ 15,900 dollars. Active in sectors such as mining, manufacturing, agriculture and services, Brazil is made up of a population of 203 million inhabitants. Its workforce consists of over a 108 million people, the 6th largest in the world, and the unemployment rate reaches only 6.2% (64th in the world).

Brazil is a country geographically free of large-scale natural disasters such as earthquakes, hurricanes, typhoons, active volcanoes and others. The government is ruled by a Democratic Republic, headed by a presidential system. The current president, Dilma Rousseff, is the head of state and of the Union government.

4th largest market and the sixth largest producer of vehicles

Of the South American territory is Brazilian

Of the South American economy come from Brazil

THE WORLD LEADERS AND BRAZIL

Brazil has already reached the future. USA and Brazil are equal partners in the global economic development.

Brazil is ranked as an important economic partner of Germany. We will continue strengthening the ties with Brazil.

Whoever bets on Brazil will get profits, because we have a world-class infrastructure

Brazil is home to the largest Japanese community outside of Japan and the country is "Power Key" in the relationship with Latin America.

Economic growth in Brazil is impressive. I want to deepen the relationship between the two countries.

I trust and admire the performance of Brazil's economy. Brazil is an ally to the European Union countries.

We have joint actions in bilateral development. Several Russian companies are entering the Brazilian market.

The increased trade with Brazil is a priority for Canada. Brazil has a role increasingly important as an economic player.

Brazil has an economy of 108 Million Active People.
Thereat we have Globalized Investment Scale. 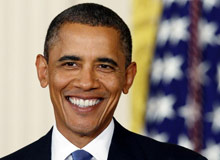 Brazil is an example to the world in terms of democracy and development and the retreat of poverty should inspire other countries.

Brazil and Germany are reliable partners in matters of economy and investments. Crises happening right now in Europe and South America bring us closer in external relations. 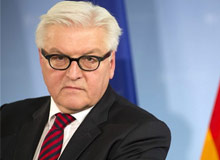 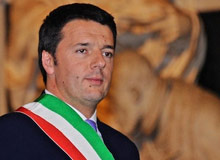 Our traditional economic relations have significant growth opportunities, either in the business or in the investments scope, particularly in the most advanced sectors.

Brazil is classified as investment grade: Standard & Poor's. It hás a very good rating for receiving foreign investments, granted only to countries with large likely to honor their debts.

It has double taxation agreements with several countries and the institutional environment ensures security for investors who rely on a modern and efficient financial system.

Brazil is the main destination for foreign direct investors in Latin America.

It has top executives, hard to find in other countries. Foreign capital is treated as if it were national, allowing investors to enjoy government benefits.